Regular communication with your prospective backers is the difference between success and failure for your crowdfunding campaign. Follow up on your pre-launch communiques with a fun, consistent communication program during your campaign to maximize your chances of success.

Many of our clients find it hard to share their message more than once – or even just once. But it’s important to stick to the discipline. It’s based on one of the central tenets of marketing: effective frequency, or “the rule of seven.” Most people need to hear a message 7 times to act on it. 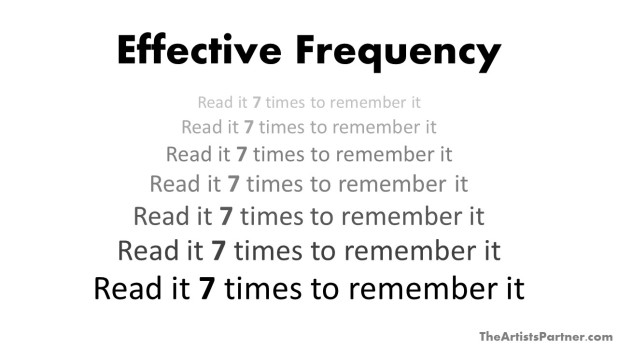 The typical communication program during a client’s crowdfunding campaign looks like this:

Every campaign is different, but there is a fairly reliable pattern to what we are communicating by week.

It bears repeating: our clients find this hard. The key to making it work is picking a discipline, and sticking with it. You know your prospective backers need to hear your message 7 times to act on it. Use all the tools at your disposal and when the going gets tough – and it almost certainly will – dig deep, hang in there, and keep up the good work. Your campaign depends on it.

2 thoughts on “How to succeed at crowdfunding: Communication During Your Campaign”